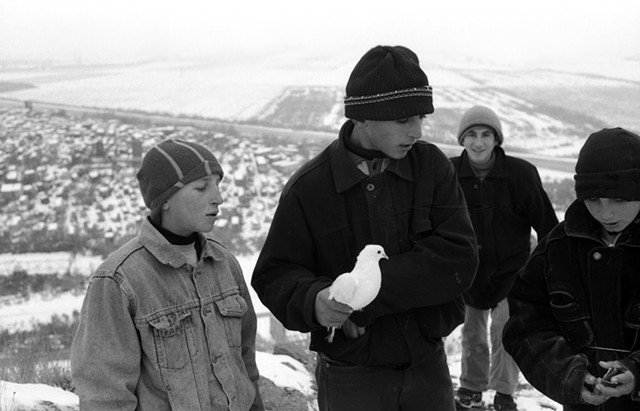 Waiting to receive my change, I looked on as a group of young boys counted money in a graveyard on the surrounding hills of Khor Virap monastery. This monastery complex located in the Ararat Valley lies just before the Turkish border and is the closest point in Armenia from which Mt. Ararat, a traditional symbol of Armenia and its people, can be viewed. For one dollar, I purchased a dove and released it into the sky. I watched as one of the boys chased after it whistling in an attempt to recycle this source of income. Along the Turkish-Armenian border, watchtowers occupied by Russian soldiers dot the landscape.